Overview:
Weather radars are an incredibly valuable meteorological tool for observing the location, intensity, and motion of precipitation in near-real time. Having a radar nearby improves weather alerts and forecasts, which leads to better situational awareness and more efficient decision making.

Weather radar works by sending signal pulses from an antenna located on a tower. The signal reflects off of airborne particles, including rain drops and snowflakes, and is received by the radar. The time that it takes the signal to return to the radar determines the distance from the radar. Wind speed can also be estimated using the Doppler effect.

Unfortunately, a large portion of Washington State, including major agricultural regions on the east side of the Cascades, have minimal weather radar coverage. The WSU AgWeatherNet (AWN) is working to build support for the installation two additional weather radars to fill gaps in the existing National Weather Service radar network. 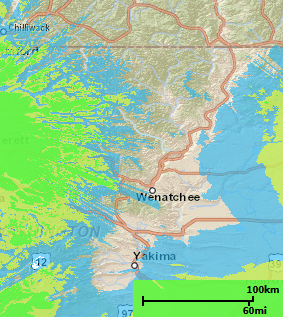 Benefits of weather radar to agriculture include:

Scoping new locations: In order to see distant weather, radars must have a clear view of the horizon in all directions. The radar must also be above any nearby trees and buildings. In the complex terrain of Washington State, these constraints significantly limit the locations where the weather radar can be placed. Using a radar blockage model, AgWeatherNet calculated the radar beam blockage from a 360 degree circular scan, at a 0.5 degree elevation angle above the horizon. The results of this model are displayed in Figure 2. Areas with black, white, or gray dots represent potential radar locations. White dots are the best locations, with less than 1% beam blockage within 25 km (15 miles) of the radar site.

From this model, two proposed radar sites were determined, denoted by '+' symbols in Figure 2. Black range rings of 100 km (62 miles) show the areas that would receive the best coverage from the proposed radars. The range of the proposed radars extends up over 100 miles, but data is less useful at longer ranges. Blue circles show 150 km (93 mile) range rings from existing NWS radars in Seattle, Spokane, and Pendleton.

A radar to the east of Mansfield would have a clear view north into the Okanogan region, as well as good coverage throughout agricultural regions of Douglas, Grant, Chelan, and northern Kittitas counties. The ideal location for the radar is directly south of the Okanogan valley. The radar can not be too close to Mansfield or the lower radar beam will be blocked by the sloping terrain to the west. Several of the higher ridges to the west of the Columbia River are also a possibility, although less-ideal than the site area closer to Mansfield.

The only possible radar locations in central Yakima county are on top of the ridges. Figure 2 shows that numerous locations along the ridges would work as radar sites, with road and electric access likely being the limiting factors. Yakima Ridge is most directly centered over the region that could benefit most from the radar coverage, but other ridges would potentially be suitable sites as well. The proposed radar location would cover the major croplands in Yakima, southern Kittitas, and Klickitat counties. 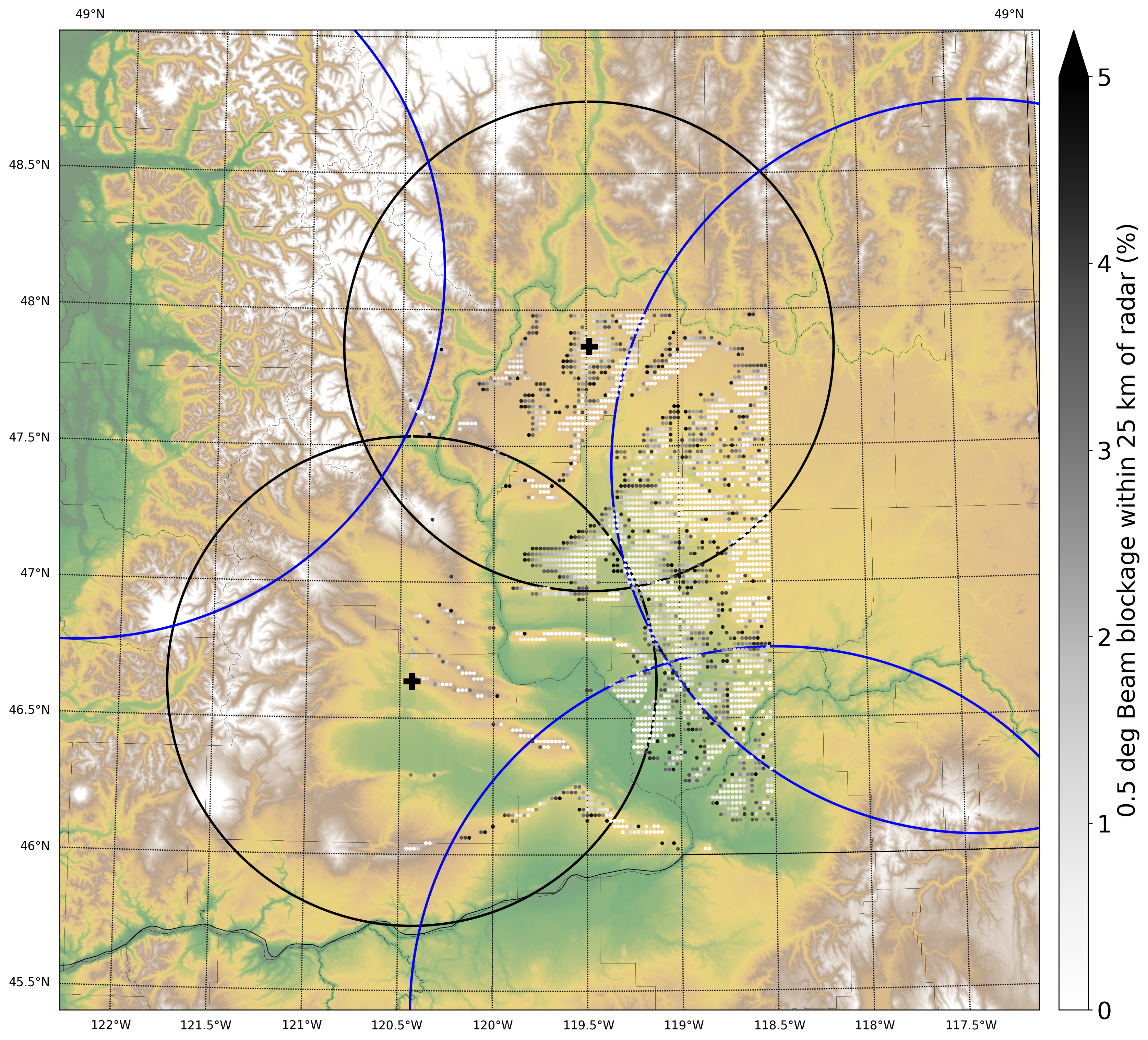 Next Steps The WSU-UW consortium is working with lawmakers to advance this proposal for NOAA approval.